I’m working on a personal project currently that works heavily with country codes and the selection of countries. To make it look better, I wanted to use a flag icon for each country in the list. In the past, this would have been done with a load of imported images named something like “gb.png” but luckily there is a modern solution; emoji!

As of iOS 9.0, every ISO 3166-1 country now has a corresponding emoji flag1. The way to build them is also incredibly simple as you basically put the two letters together as joined Unicode characters. Benjamin Esham explains it like this:

What they did is both crazy and genius. Instead of assigning a codepoint to each flag, which is the obvious way to do it (and the way the rest of the emoji are encoded), the standard defines twenty-six “regional indicator symbols”, from U+1F1E6 REGIONAL INDICATOR SYMBOL LETTER A to U+1F1FF REGIONAL INDICATOR SYMBOL LETTER Z. In order to include a country’s flag in your text, you first look up the country’s two-letter ISO 3166-1 code and then write the two regional indicator symbols corresponding to those letters. A font with support for that flag treats the two-codepoint sequence as a ligature, replacing the combination with a single pictogram.

Armed with this information, it is easy to write a basic function to turn a code like “us” into the corresponding flag emoji:

A great way of testing this is with an Xcode Playground which will allow you to quickly see the output like such: 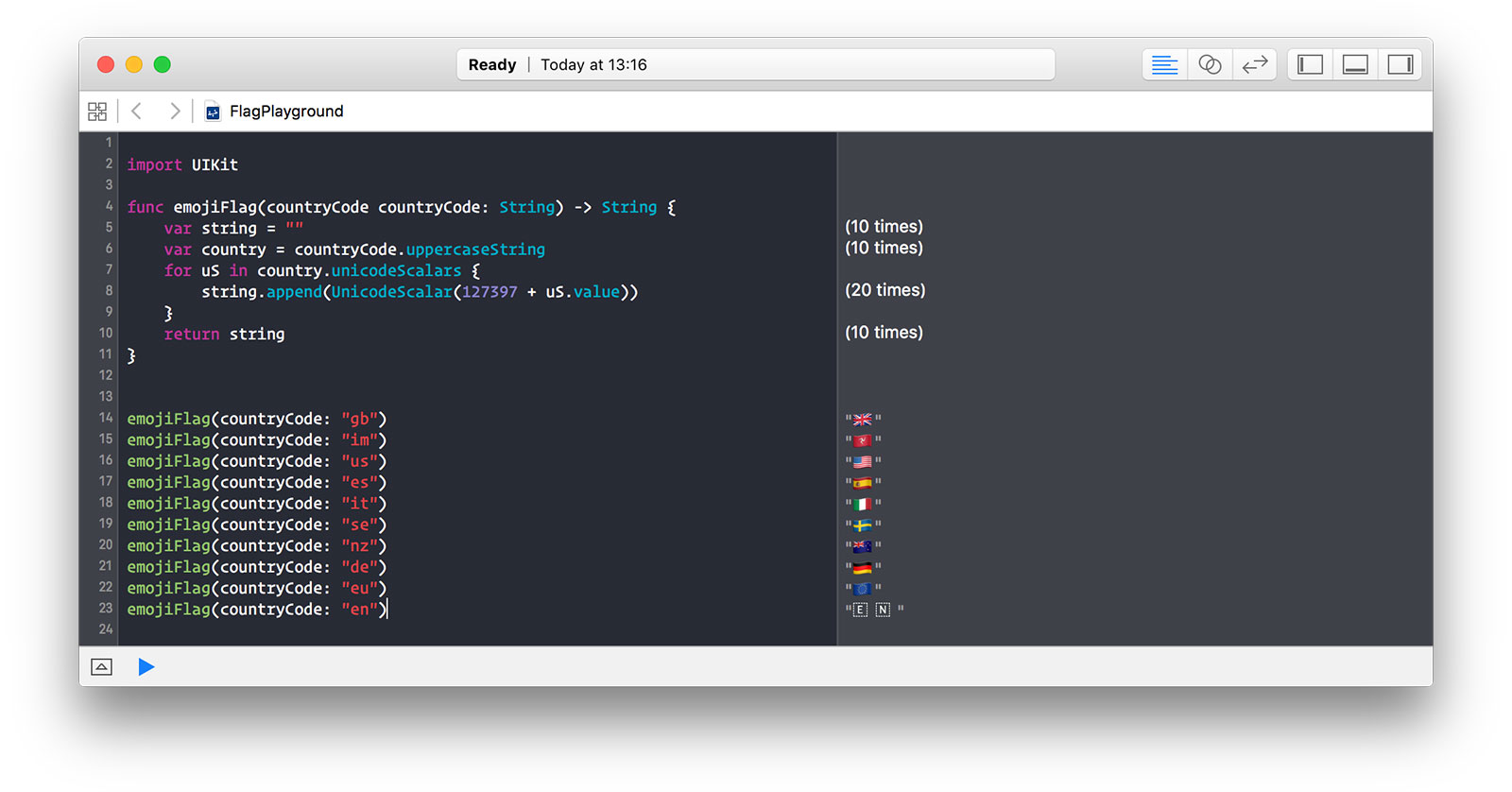 If you use an incorrect code such as “en”2 then you’ll be given back the letters within boxes.