Ever since I was little, I’ve loved collecting. As far as I can remember, the first thing I collected seriously was Gogo’s Crazy Bones when I was at school in the 90s1. They came in blind bags so the first couple of times you bought them you’d get all new stuff but then, as your collection got more complete, the chances of getting something you already owned increased. This mode of selling seems to have really caught on over the past few years and I find myself collecting a number of things that work this way, primarily Disney Infinity Power Discs and LEGO Minifigures.

Whilst trying to sort through my Disney Infinity collection last week, I did a quick search on the App Store and found only one app that hadn’t been updated for a while and was a bit basic. After having several weeks away from coding whilst being on jury duty, I thought it might be fun to get back into the swing of things over the weekend by building a basic prototype app to solve my collecting need but also pick up a few new skills along the way. Thus, “Blind Bags” was born: 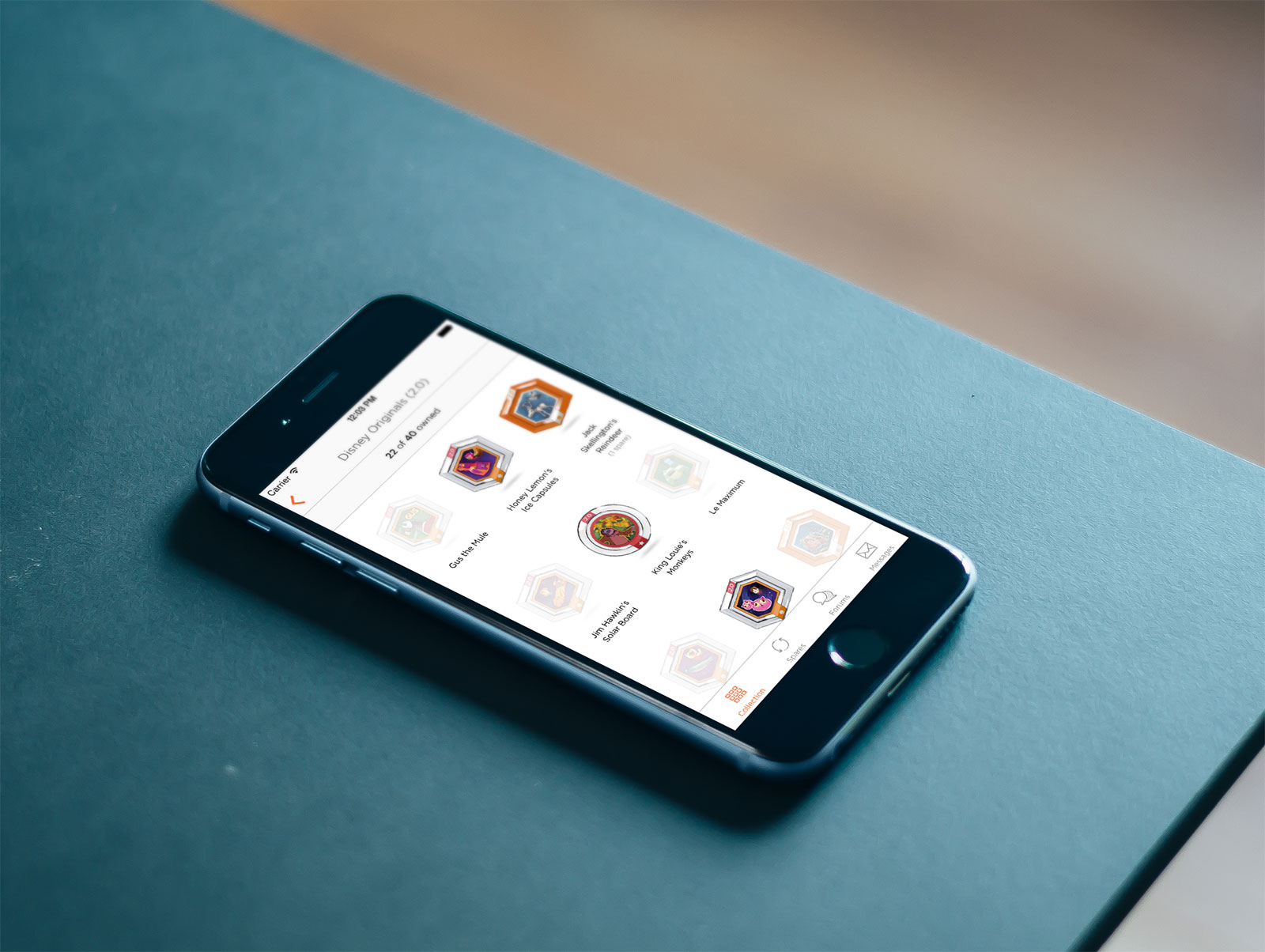 The app is fairly basic in that it lists all of the series of power discs available and then lets you tap through to see a list view showing which ones you own and which ones you don’t (as denoted by whether they are slightly-transparent or not). You can hold your finger down on a disc to change its state making for a quick way of logging new additions to the collection. If you tap on an item, you go through to a bigger detail view which gives you a bit of description text and allows you to enter a number of spares if applicable:

The spares piece is particularly important as you can then build up a list of which items you have spares of and how many:

Finally, everything is synced online which allows me to generate a basic page showing which discs I’m missing and which discs I have available to trade: 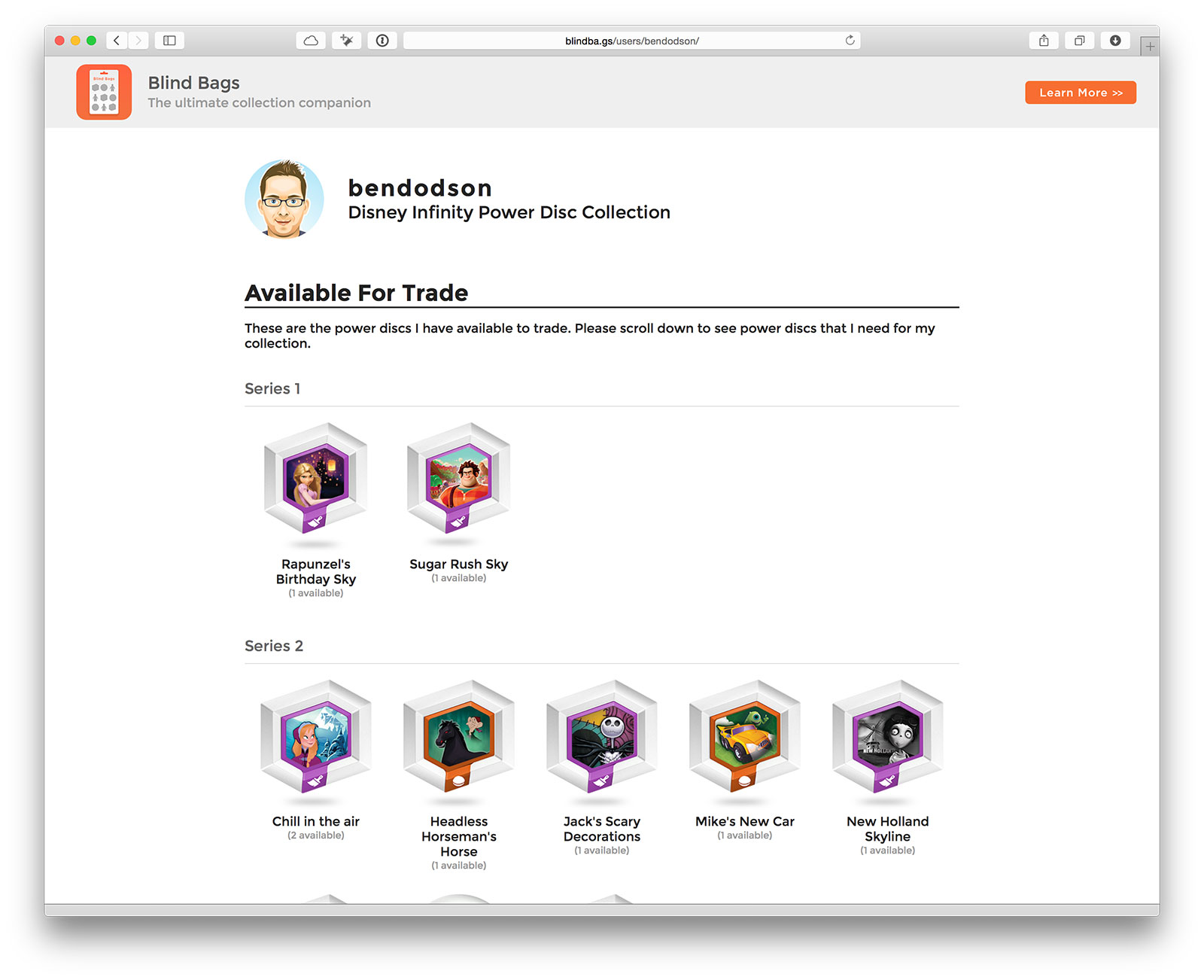 The best bit of all of this is that the entire project took just 4 hours2 thanks to using Parse. I was able to get their SDK integrated quickly into a new app (using Swift 1.2) and begin prototyping within 20 minutes which is pretty cool as I’ve never used it before. From there, it was a simple case of building some basic UICollectionViews and some CRUD functionality. Parse also has a PHP SDK so within a few minutes I had a basic page which allowed me to output the data that the app was saving. Whilst there is no fallback for loss of connection, etc, at the moment (this is just a prototype after all) these are all things that could be added fairly easily.

The final step was to get a domain name3 and purchase a site template4 to build a basic landing page showing off a few screenshots of the app and giving anybody interested the chance to register their email address.

At the moment the app is solely geared towards one thing for one user but it could easily be expanded outwards into a full service for other collectors to use. Using Parse and a cheap site template, I’ve been able to get a prototype app up and running and a decent landing page in just 4 hours. If there is enough interest, I think 2 days of work is all that is needed to migrate the database to a different hosting solution5 and release it as a full app most likely using a subscription model.

If you’re interested, check out the Blind Bags site and add your email address to get notified as more details become available.