I’m happy to announce that the new iOS app I built for Calm Radio is now live in the App Store. 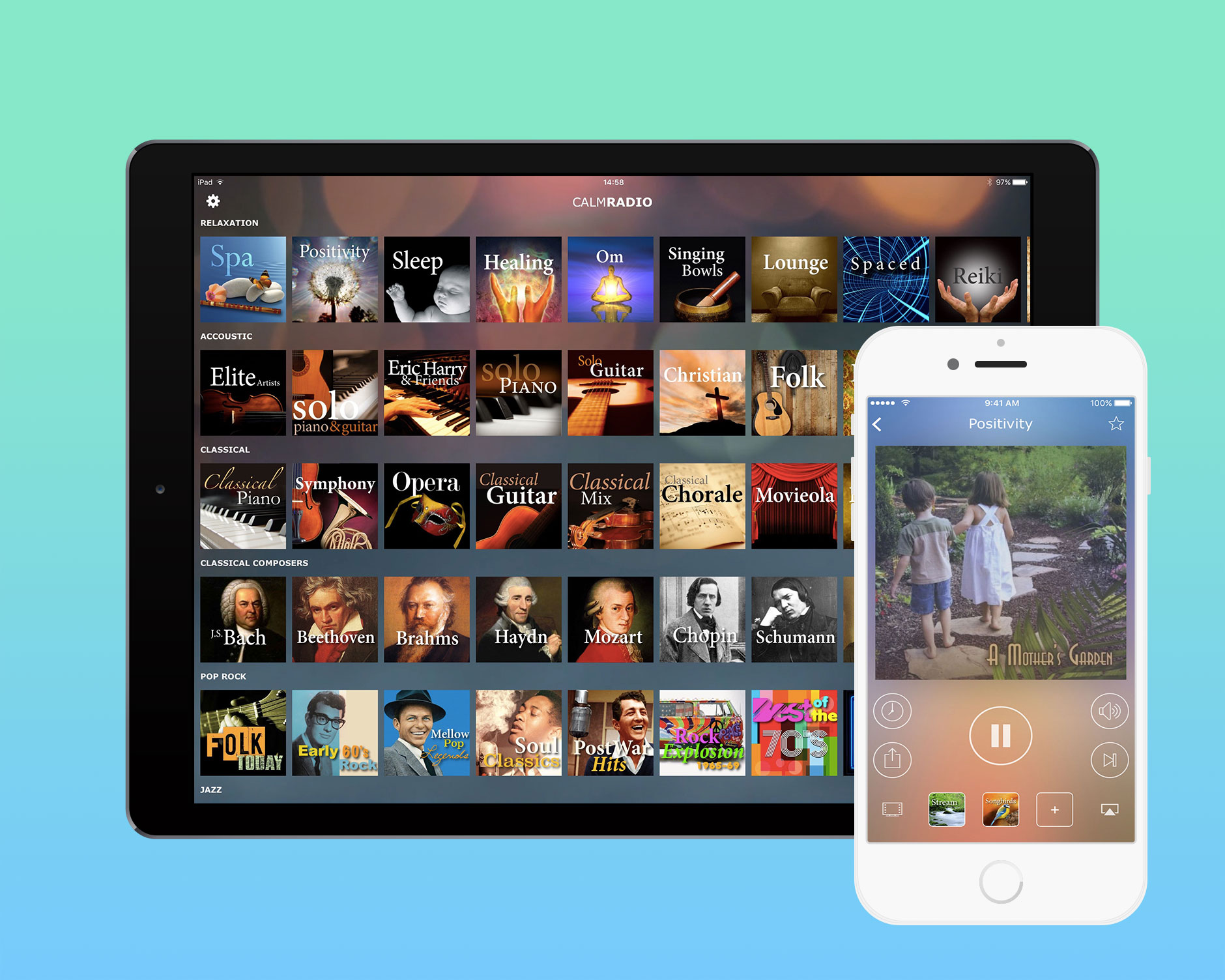 Last month, I announced the launch of the Apple TV app for Calm Radio; the client was so pleased with the end result that they commissioned me to also rebuild their existing universal iOS app. This is a special project for me as I didn’t only build the app from scratch, but I also designed it fully. With the Apple TV app, I took design cues from the stock apps provided by Apple such as Movies and TV Shows; with the iOS app, I’ve taken inspiration from that design and kept the vibrant backgrounds created by blurrding the rich artwork that was available for each channel.

As well as the standard playback and support for up to 3 ambient channels, the iOS app adds many features not found in the Apple TV app; an alarm clock, sleep timer, ability to skip track, favouriting channels, and full support for streaming to AirPlay and Chromecast devices. I also included support for 3D Touch by making use of Quick Actions to show your most recently listened to stations directly on the app icon. In addition, the app inherits many new features that were first designed for the Apple TV app such as video backgrounds. 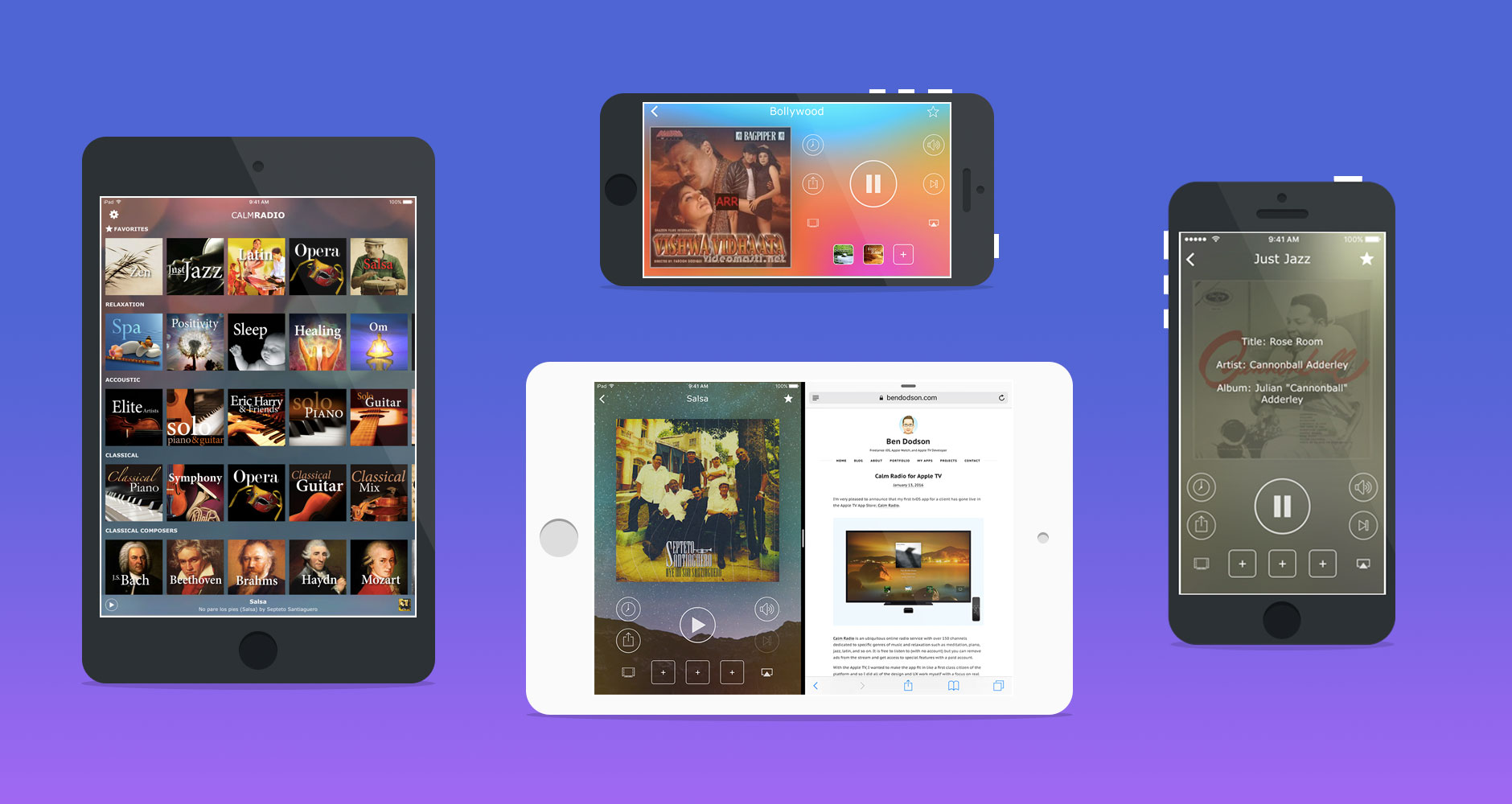 One of the things I’m most proud of is the adaptability of the UI. The app can run in an incredible 20 different sizes and orientations1 based on the various iPhone and iPad sizes, portrait and landscape support, and the new split-screen modes available to more recent iPads.

I’m honoured that my work on the Apple TV app was so well received that I was able to bring the same design and functionality to the Calm Radio iOS app. You can download Calm Radio from the App Store or learn more on their website. The app is free although certain features are limited to paid subscriptions.