Last week, version 1.1 of both Music Tracker and Pocket Rocket were released in the App Store.

The main new feature for Music Tracker v1.1 is native support for iPad. This includes not only the iPad Air and iPad Pro, but also all of the various split-screen modes that can be applied in both portrait and landscape. This release also includes landscape support for the iPhone. There were also a few minor bug fixes.

I’m aware that a few people with large libraries (anything over ~25000 tracks) are experiencing some performance issues which can cause the automatic tracking to fail; a new update is under development to fix that. If you have a large library and would like to test that release, please let me know. 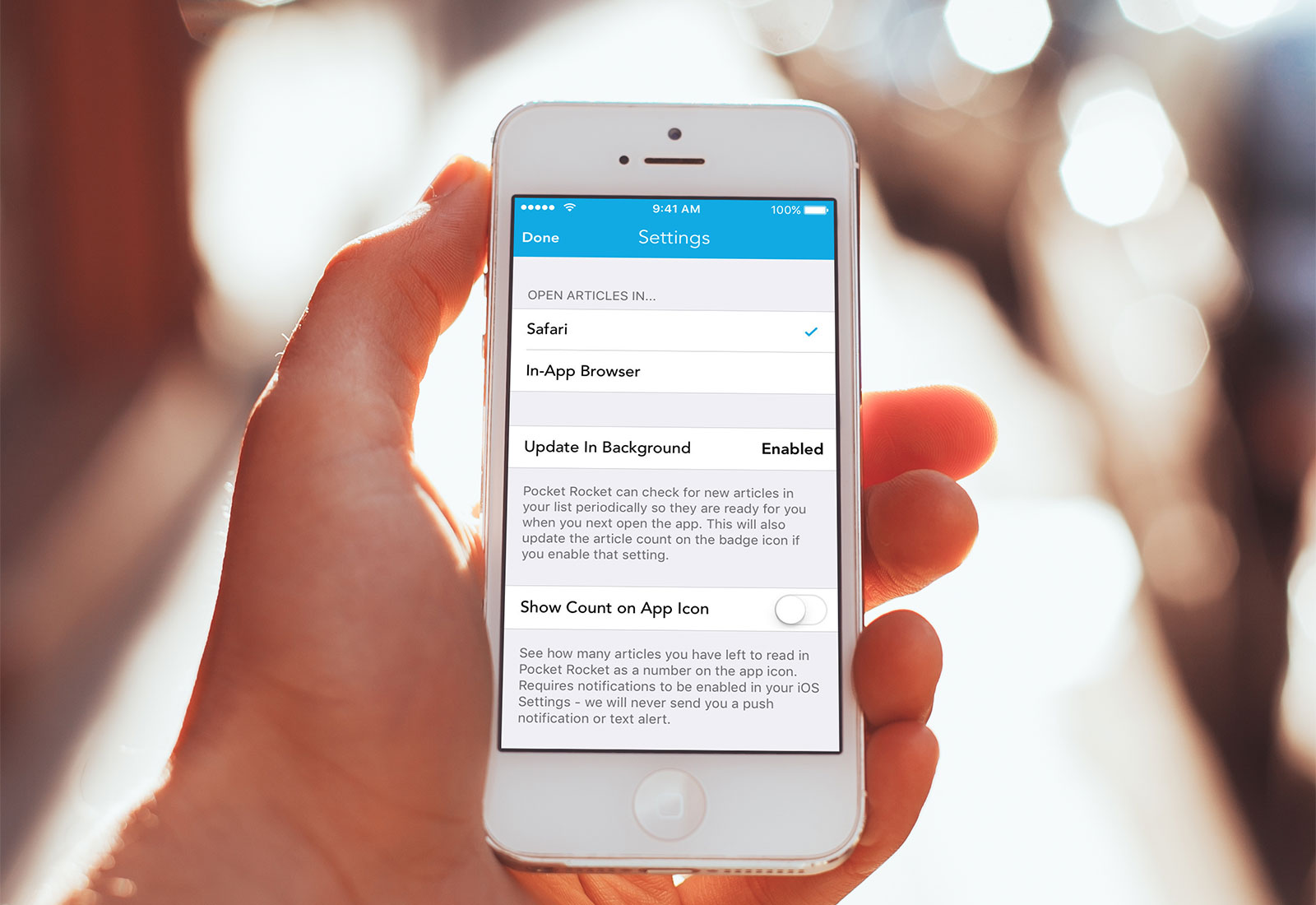 Pocket Rocket v1.1 adds a few features that were requested from existing customers. These include the ability to see the total number of unread articles on the app icon and using Background App Refresh to keep that count up-to-date. There are also a few bug fixes (including a big one that crashed the app with certain query strings in URLs) and a 3D Touch Quick Action (for iPhone 6s) so you can see when the articles were last updated.

If there are any features you’d like to see added to either Pocket Rocket or Music Tracker, please get in touch.

The Divide #8 - Drunkstarter: A discussion on crowdfunding » « Deleting all NSUserDefaults with Swift