Since the launch of the iPad in 2010, any app that runs on the iPhone will also run on the iPad in a scaled format. This is normally1 in the 3:2 aspect ratio which the original iPhone had all the way up until the iPhone 5 when they changed to the 16:9 ratio2. Many developers forget about this fact and happily build their iPhone apps unaware that the App Store Review team will test them on an iPad and reject you if something doesn’t work. The fact that this 3:2 aspect ratio is used has been the bane of my iPhone development life for the past couple of years as even though iOS 10 dropped support for the iPhone 4S you still had to make your iPhone apps run at 3:2 so they could work on the iPad. This is particularly frustrating when designers provide designs at the 16:9 size and you have to find a way to make fixed size assets work on the smaller height without resorting to scrollbars…

It looks like this is set to change with iOS 12 as beta 2 is now running iPhone apps in their 16:9 ratio on all iPads rather than than the 3:2 ratio. Whilst there aren’t any App Store guidelines changes to go along with this, it follows that if you build an iOS 12 app you no longer need to support the 3:2 screen size.

Here is an example of one of my upcoming iPhone only apps running on a 9.7” iPad with iOS 11 and one with iOS 12 beta 2: 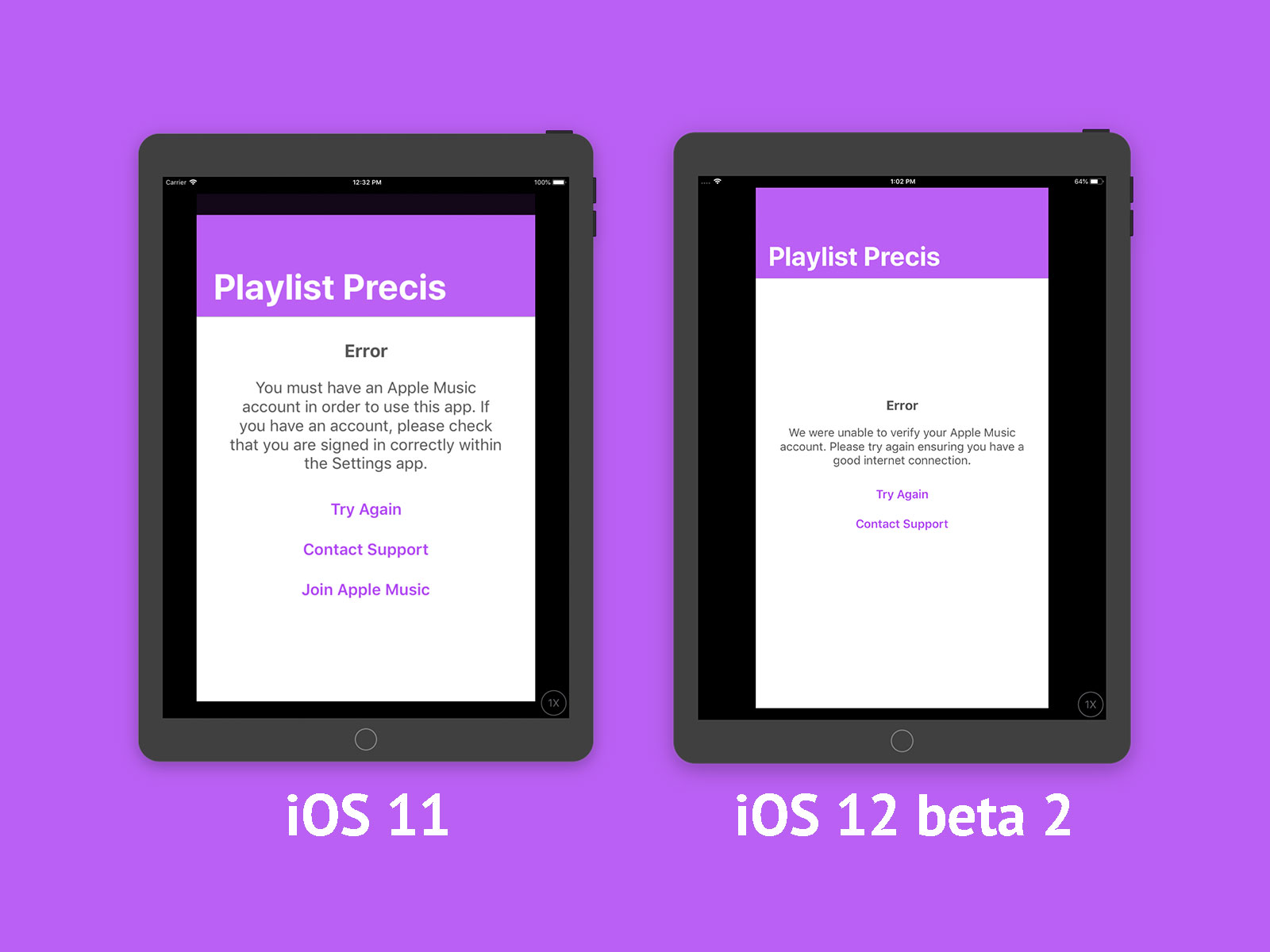 As ever, things could still change and Apple may reverse this decision in later betas but it seems unlikely bearing in mind this has been standard practice on the 12.9” iPad Pro since launch.

This is still not a perfect solution. I am desperate for Apple to finally stop the ridiculous notion that iPhone apps need to run on iPad. The App Store actively fights against this edge case by requiring you to choose “iPhone Only”3 when searching for iPhone apps so why not allow developers to choose if their app should be able to run on an iPad or not?

The thing that irks me most about this is that iPhone apps on the iPad are not a good experience. Phil Schiller even said as much at the launch of the iPad Mini:

We’ve learned […] that customers love the ones written for iPad, designed for that screen. What does the other platform have? They have phone applications stretched up; not tablet applications.

He even shows the Android phone version of Yelp scaled up on an Android tablet versus the native iPad app saying:

This continues with a number of apps with the message being clear that scaled up phone apps on a tablet are worse than native tablet apps. I couldn’t agree more, Phil.

For now, the change from 3:2 ratio apps to 16:9 ratio is a big win for developers and will avoid a lot of design problems. I can only hope that later Xcode builds will finally allow an option for truly “iPhone Only” builds.