I’m pleased to announce the release of a new client app I’ve been working on recently: Gyfted, the free universal wishlist. 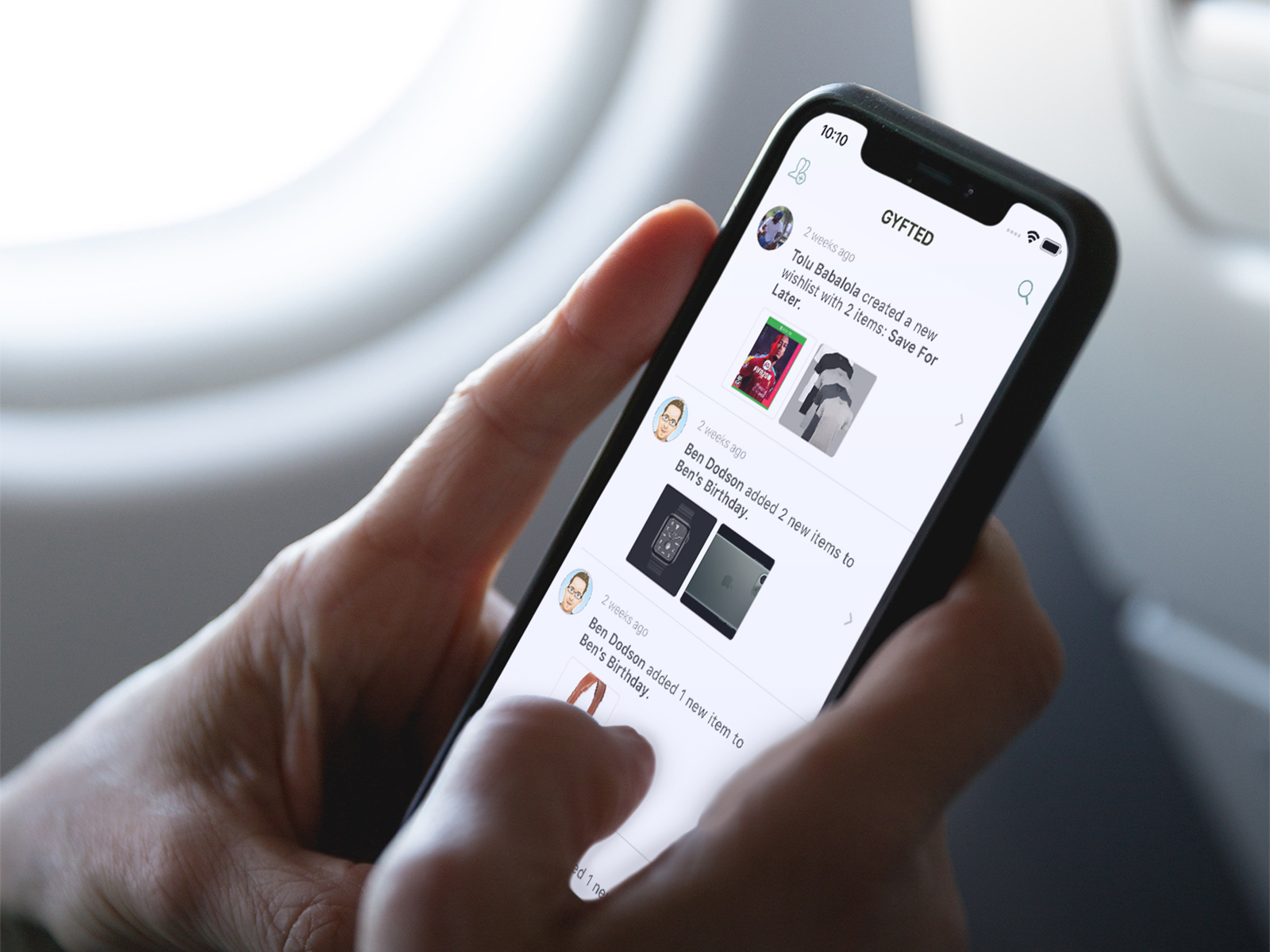 I worked as the only iOS developer on the project working remotely from the UK. The app provides a free and easy way for users to create their own wishlists and populate them with items from a data driven explore page or by manually entering details. It is also possible to add an item via a web link (including via a system wide share sheet) which is then used to automatically add metadata including images, descriptions, and more.

Whilst I originally started building the app using Cloud Firestore from Firebase, this quickly proved to be insufficient for the ways in which we wanted to generate the various social feeds and explore pages. To remedy this, I built a custom server backend and API including such features as feed generation, friend requests, likes, shares, and profile data collection.

The beautiful design was provided by Gyfted but I did need to make a number of adjustments to ensure it would scale correctly on all devices from the iPhone 4 up to the iPhone 11 Pro Max. The app is written entirely in Swift 5 and there are several pieces of swiping interactivity and subtle animated bounces to make the app feel right at home in the modern iOS ecosystem. Other Apple technologies used include push notifications, accessing the address book1, and a full sharing suite powered by Universal Links allowing the app to be opened directly to specific sections of the app or redirecting a user to the App Store if they don’t have the app installed.

I really enjoyed working with Gyfted on this project and having a chance to build both an interesting wishlist app and the server infrastructure to support it. You can download Gyfted on the App Store for free and learn more about it at gyfted.it.