I’m pleased to announce the release of a new client app I worked on late last year: Sporta. 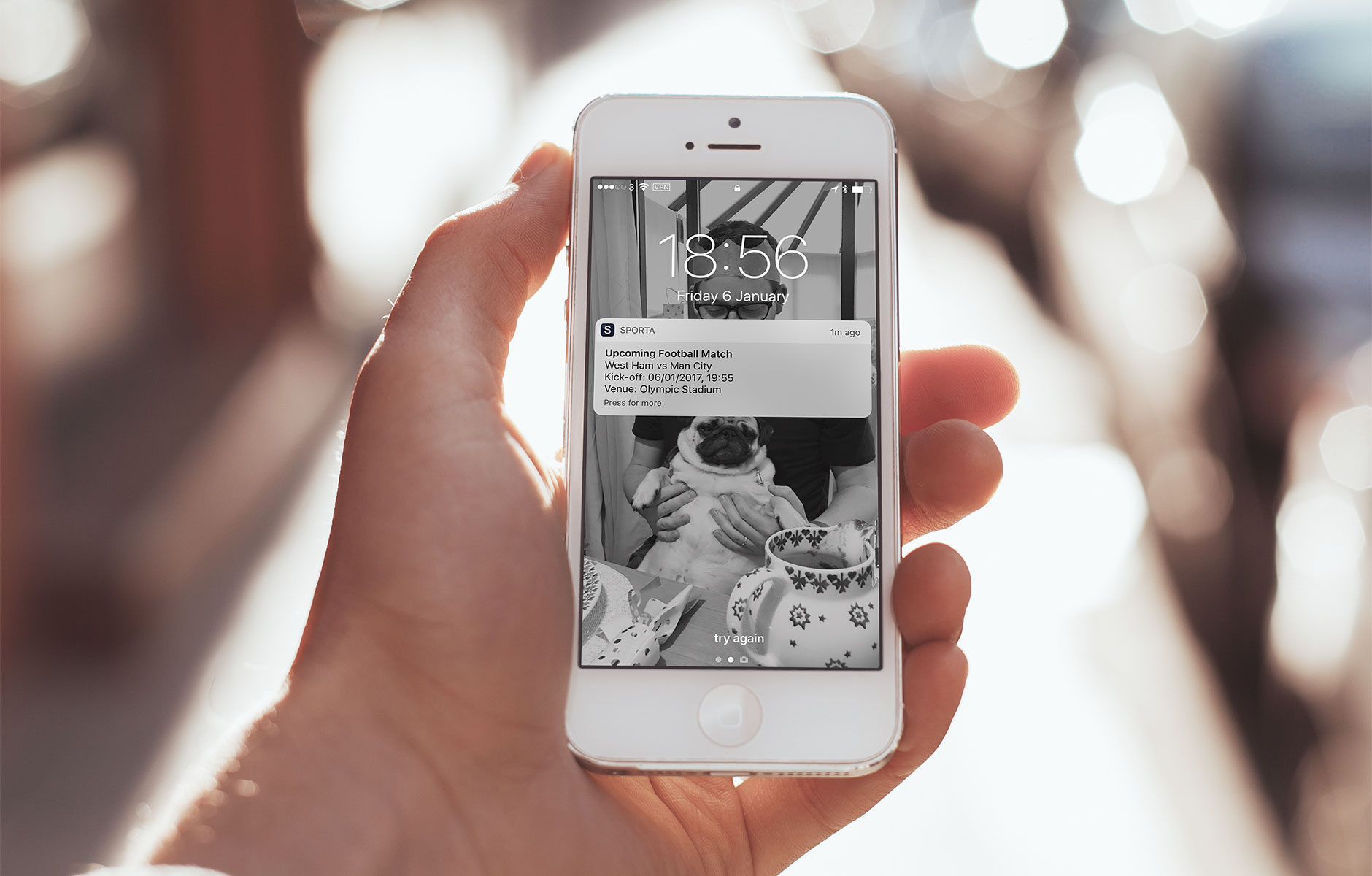 Sporta is an app to keep football fans up to date with the latest matches via local notifications in advance of a game. You simply select which teams you are interested in from the Premier League, Sky Bet Championship, The FA Cup, the Scottish Premiership, or international matches featuring England, Scotland, Wales, or Ireland. You can then choose a reminder time prior to the match (from 5 minutes up to 1 week) and the app will automatically send you a local notification to remind you about the match with details of kick off time, the teams involved, and the venue.

I was originally contacted by the creator to update the existing version of Sporta but I found that the code wasn’t suitable for me to work with due to a combination of out-dated code and offshore developers with poor documentation. Instead, I proposed that re-building the app from scratch with Swift 3 and modern iOS updates (such as AutoLayout to work on all sizes of iPhone and the new permissions systems for notifications introduced in iOS 10) would actually be faster than trying to untangle what was there. I was quickly able to recreate the app and scale it for different iPhone sizes whilst adding an intelligent system for keeping the app constantly up to date; the API for the match updates is called periodically using a combination of Background App Refresh and silent push notifications to ensure that data is always up to date and notifications will always fire at the right time even if the phone happens to be offline1. Finally, I used the Realm mobile database in order to store the match data and be able to quickly execute queries such as “fetch all fixtures that contain teams x, y, and z as either the home or away team”.

This was a really fun project to work on and I’m particularly pleased with how reliable the notifications are. If you are a football fan, you can download Sporta on the App Store.