If you’re an entrepreneur that is looking to get an app built by a large digital agency, how do you ensure you are staying on top of the project if you don’t have any knowledge of how app development works? That was the predicament that Zeid Bsaibes had when he came to me in September 2017 with his project Hawkker, an app to find the best independent food from street markets. He had ruled out working with a sole freelancer as the project was too large comprising of two apps, a website, and a complex server infrastructure, but he didn’t feel comfortable outsourcing to a large agency without some form of oversight. To that end, he hired me in a consultancy role to act as a sounding board for functionality whilst also being able to act as a middle-man between himself and the agency he chose, Hedgehog Lab.

The result is two apps, Hawkker and Hawkker Vendor, both now available on the App Store. 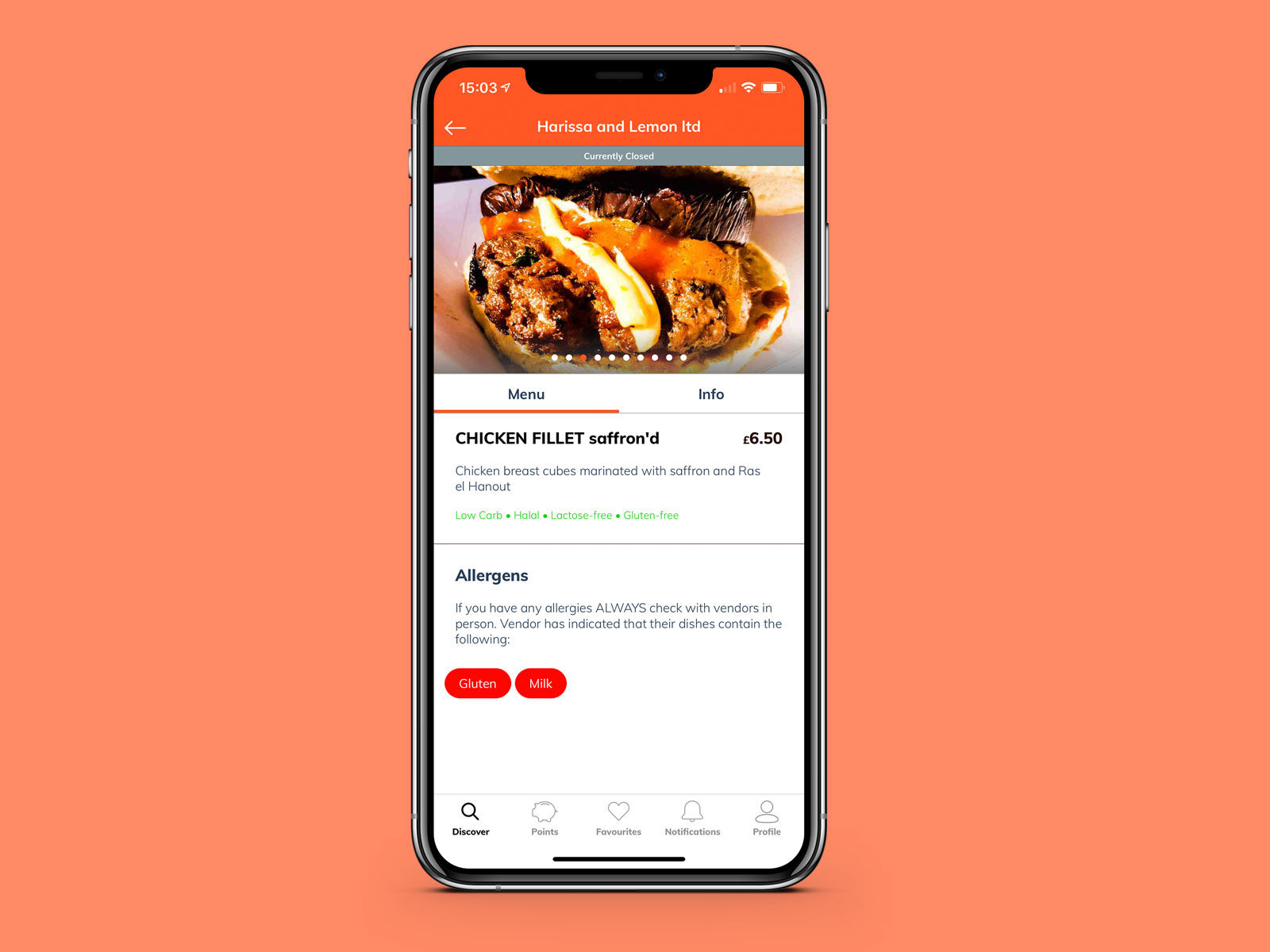 To begin with, Zeid and I looked through his copious wireframes and documents to pinpoint any issues, especially with the QR code redemption system he was proposing for Hawkker Points, a rewards scheme that benefits both eaters and vendors. I had extensive experience with QR codes from my work on Chipp’d and was therefore able to alter the designs so that everything would work smoothly in an environment where network connectivity may not be perfect.

From October 2017 until September 2018, I acted as a liason and mediator between Hawkker and Hedgehog Lab as the app was developed. I performed code reviews, inspected contracts, acted as a constant point of contact to discuss functionality and ideas, and helped mediate where necessary. I was able to assist the agency by explaining to Zeid in depth why something may take x amount of time to develop but I was able to assist Zeid by pushing back at the agency when they were providing unrealistic timelines and also use my technical knowledge to speak with their developers directly rather than going through a non-technical account manager. My role can basically be boiled down to being someone able to translate between entrepreneur and technical staff whilst also providing my own suggestions based on my vast experience of app development.

Towards the end of the project, I acted as a QA performing extensive testing and was able to provide code-level bug reports for Hedgehog Lab to work on.

Once the app was completed, I was asked to take over the development of the iOS app and was tasked with cleaning up some of the remaining bugs that had been left unresolved due to lack of time. I rebuilt the vendor detail pages within the eater app to include a fluid animation system and improved the photo gallery to ensure that eaters were getting the very best experience. Now that the app has launched, I am periodically called on to work with the rest of the Hawkker team to resolve issues and improve the apps.

Whilst this is not the sort of work I usually do, it has opened my eyes to the need for some clients to have a consultant alongside them when engaging with large agencies. Had I not been a part of this process, I have no doubt that the apps would have been far poorer and that Zeid would not have had the wide knowledge he now has of how the apps actually function behind the scenes.

It has been a real pleasure working with Zeid and the rest of Hawkker over the past few years. I’d encourage you to check out the free eater app on the App Store or recommend the vendor website to your favourite street food sellers. You can also learn more about the entire platform at hawkker.com.

If you are considering hiring a large agency to deliver your product, I would strongly advise hiring a consultant to sit in on meetings and keep track of the development process. I’d obviously like you to choose me (you can contact me to find out more) but having any technical consultant along with you is going to make the process far easier and help you navigate the sometimes awkward world of agency development.