In January 2019 I started working with a large brand on an exciting new project; bringing UKTV to the Apple TV. 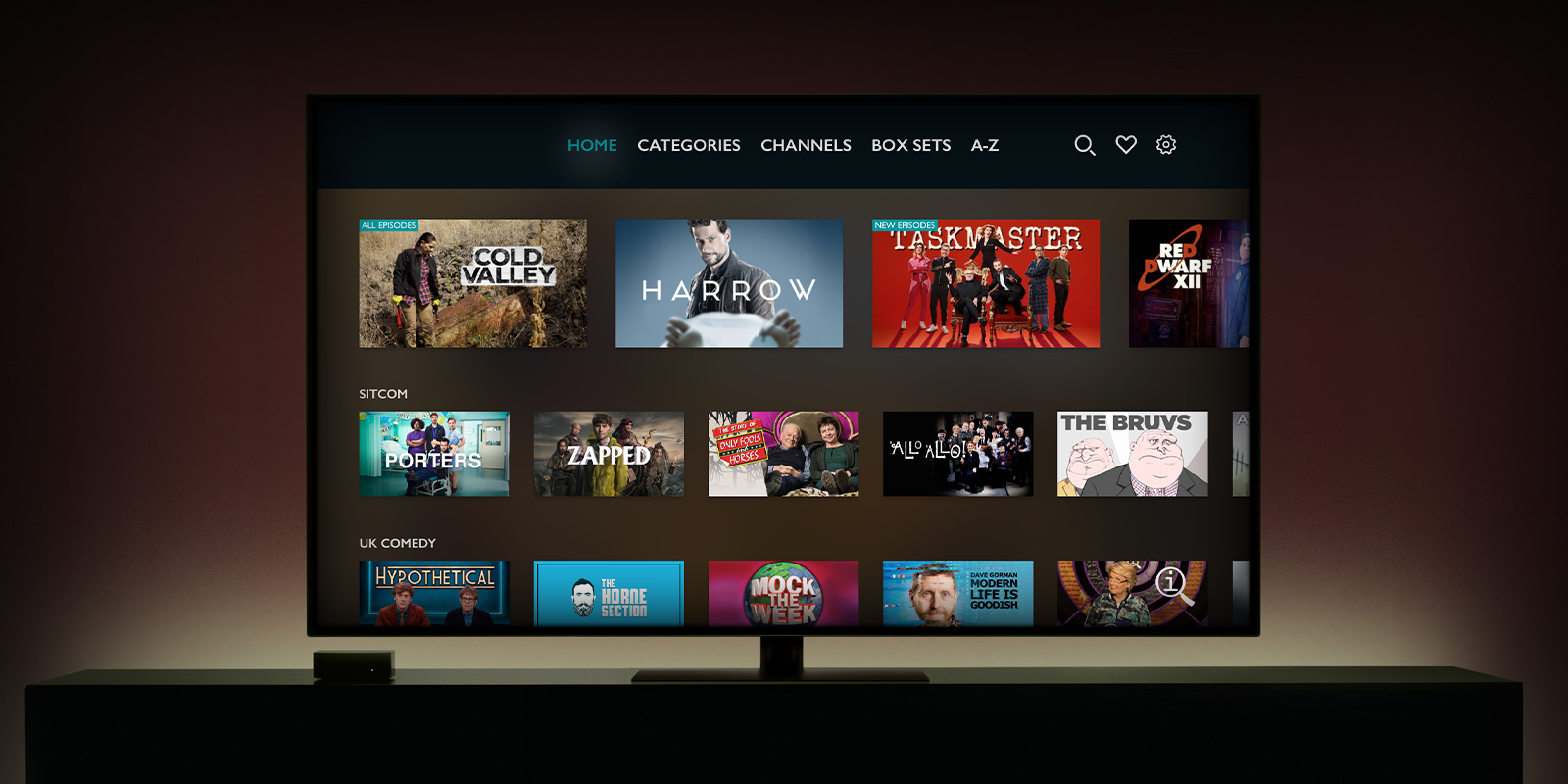 UKTV is a large media company that is most well known for the Dave channel along with Really, Yesterday, Drama, and Home. Whilst they have had apps on iOS, the web, and other TV set top boxes for some time, they were missing a presence on the Apple TV and contracted me as the sole developer to create their tvOS app.

Whilst several apps of this nature have been built with TVML templates, I built the app natively in Swift 5 in order that I could match the provided designs as close as possible and have full control over the trackpad on the Siri Remote. This necessitated building a custom navigation bar1 and several complex focus guides to ensure that logical items are selected as the user scrolls around2. There are also custom components to ensure text can be scrolled perfectly within the settings pages, a code-based login system for easy user authentication, and realtime background blurring of the highlighted series as you scroll around the app. 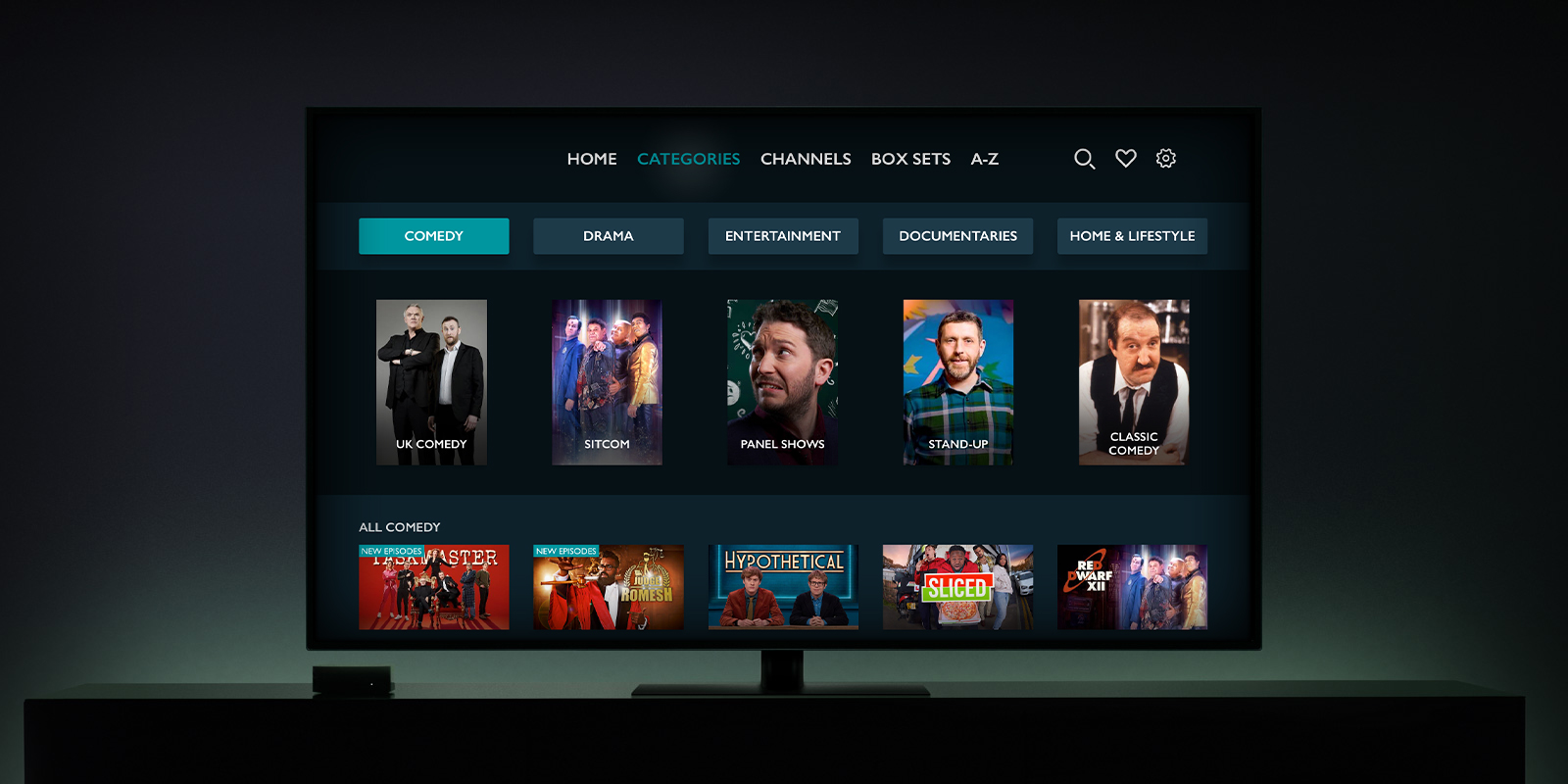 Aside from the design, there were also complex integrations required in order to get video playback up and running due to the requirements for traditional TV style adverts and the use of FairPlay DRM on all videos as well as a wide-ranging and technical analytics setup. A comprehensive API was provided for fetching data but several calls are required to render each page due to the rich personalisation of recommended shows; this meant I needed to build a robust caching layer and also an intricate network library to ensure that items were loaded in such a way that duplicate recommendations could be cleanly removed. I also added all of the quality of life touches you expect for an Apple TV app such as Top Shelf integration to display personalised content recommendations on the home screen.

The most exciting aspect for me though was the ability to work on the holy grail of app development; an invitation-only Apple technology. I had always been intrigued as to how some apps (such as BBC iPlayer or ITV Hub) were able to integrate into the TV app and it turns out it is done on an invitation basis much like the first wave of CarPlay compatible apps3. I’m not permitted to go into the details of how it works, but I can say that a lot of effort was required from UKTV to provide their content in a way that could be used by Apple and that the integration I build had to be tested rigorously by Apple prior to submission to the App Store. One of the best moments in the project was when our contact at Apple said “please share my congrats to your tvOS developer; I don’t remember the last time a dev completed TV App integration in just 2 passes”. 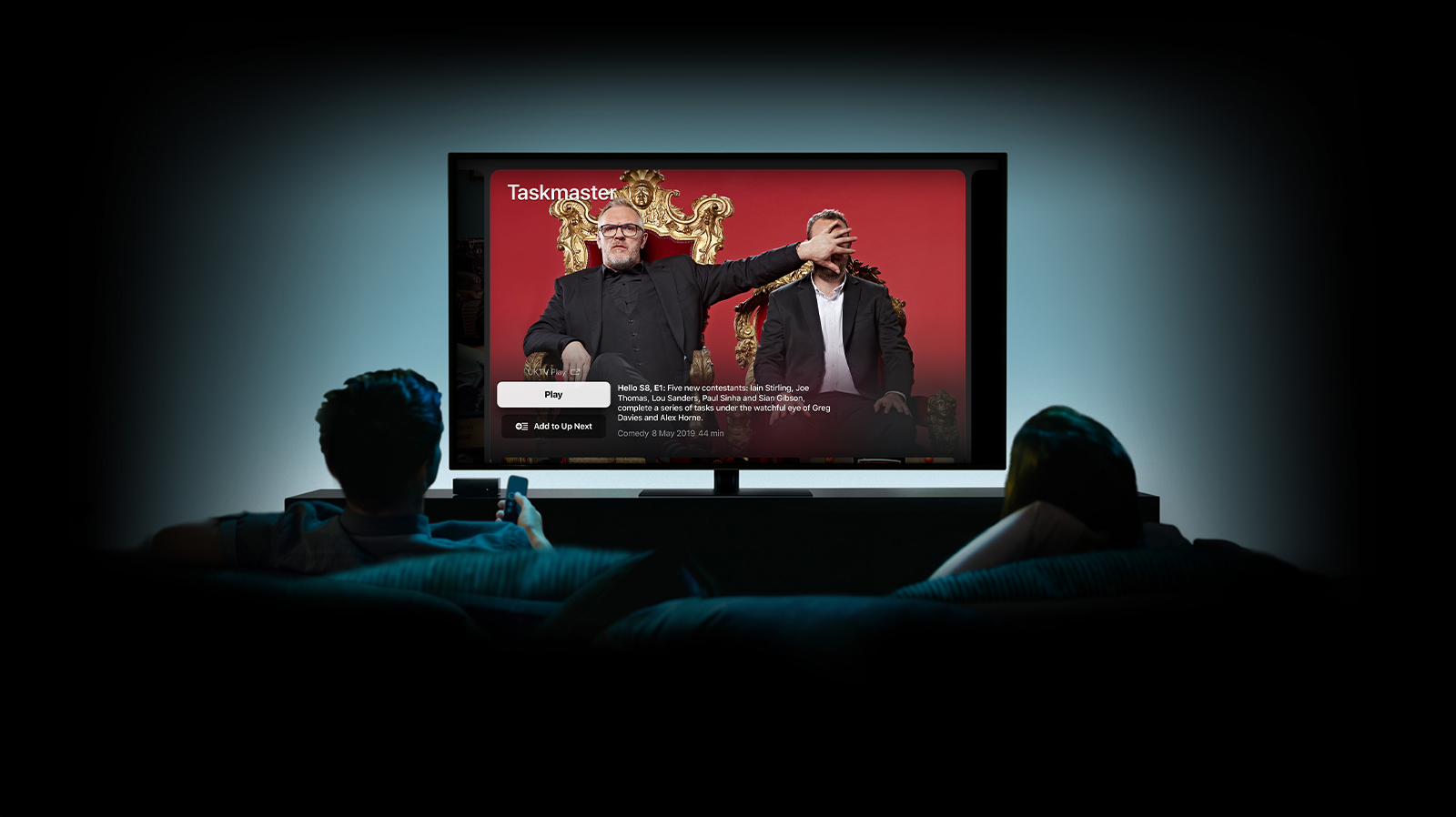 All of this hard work seems to have paid off as the app has reached #1 in the App Store in just over 12 hours4.

I’ve really enjoyed working on this project and I’m looking forward to working with UKTV again in the future. You can download UKTV Play for Apple TV via the App Store and read the official launch press release.

Please note: I did not work on the iOS version of UKTV Play. Whilst iTunes links both apps together, they are entirely separate codebases built by different teams. I was the sole developer on the tvOS version for Apple TV.